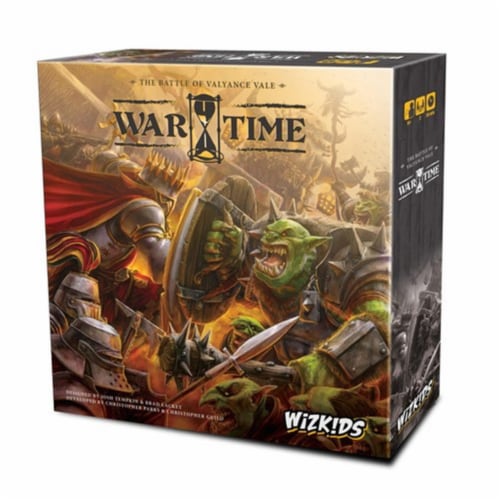 Yesterday an unintended skirmish between men and goblins Last night the murder of the goblin king And now an attack on the human stronghold The decades old truce between the king of the valyance vale and the firebrand goblins is no more The time for war has come Take command of the armies of the stalwart valyance humans and the fierce firebrand goblins as they fight the battle of the valyance vale The battle book chronicles some of the notable engagements of the conflict Play these individually or link them together in a campaign where the outcome of one engagement determines the fight that happens next Specifications . Age 14 Plus. Players 2. Game Length 30 minutes. Weight 6 06 lbs