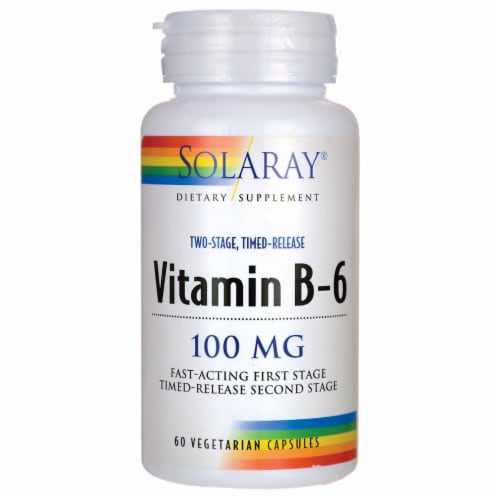 This product is formulated using an innovative, two-stage, timed-release technology. The formula is designed so that half of the Vitamin B-6 is rapidly released when taken and the other half is gradually released over a period of up to 8 hours. The two-stage, timed-release technology helps to extend the availability of B-6 to the body over a longer period of time. B-6 affects both physical and mental health and is involved in more bodily functions than almost any other single nutrient. B-6 is intended to provide nutritive support for the healthy formation of  homocysteine, maintaining electrolyte balance, healthy red blood cell formation and much more.

Allergen Info
Free from Does Not Contain Declaration Obligatory Allergens.