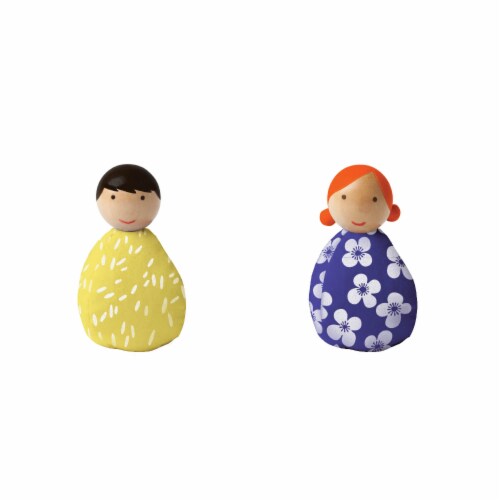 MiO by Manhattan Toy is a uniquely designed, gender-neutral collection of modular wooden building toys and playsets. Recognized for its creative design and focus on open-ended, imaginative play, the MiO wooden toy collection was awarded the prestigious Oppenheim Toy Portfolio Gold Seal Award in 2016. MiO People Sets feature two irresistibly squeezable beanbag MiO people characters with painted wooden heads. Once in a child's hand, they're impossible to put down! Each doll is naturally weighted to stand in place and these super cute characters are a perfect complement to any MiO building set. The formula for MiO is simple: Think + Do x Curiosity = Imagination. In the world of MiO, anything is possible!