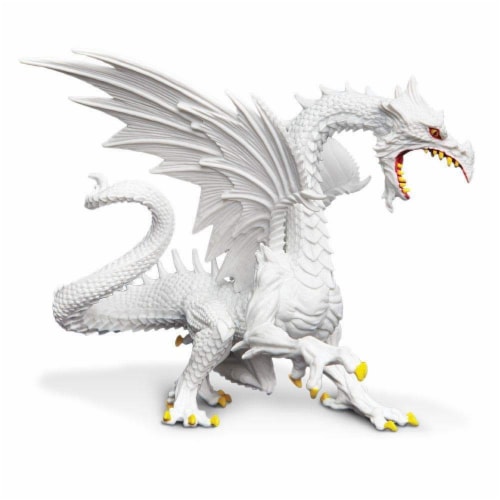 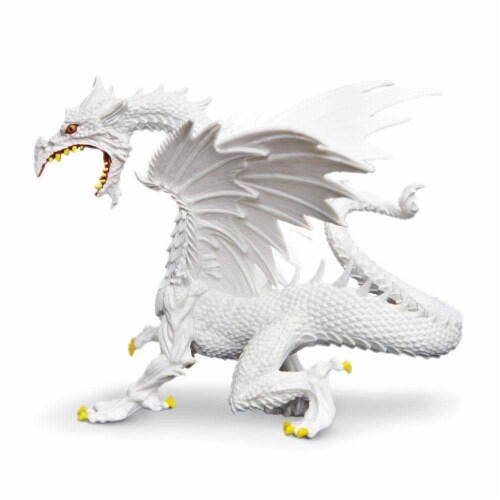 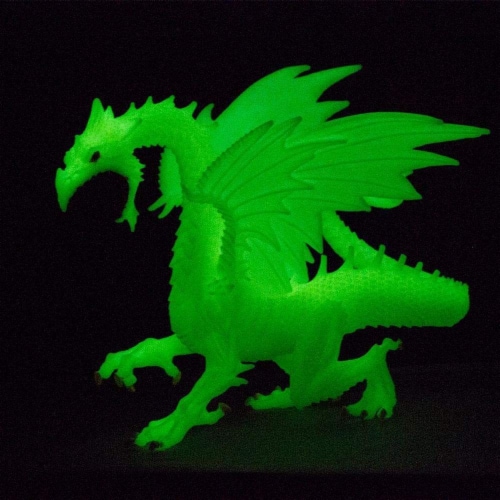 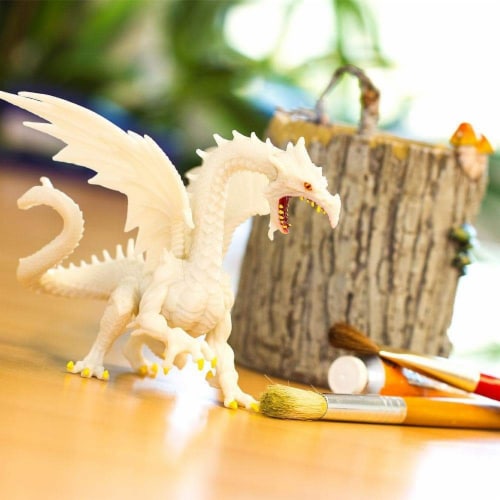 The rare snow dragon watches over the year-round ice of the south pole, never leaving the continent of Antarctica. The magnificent beast collects sunlight during the six months of summer and releases it in a slow glow during the subsequent six months of winter. Scientific Name: Draco articus Characteristics: This figure shows the magnificent adaptations the snow dragon has made to survive its harsh Antarctic habitat. Thick scales provide an impenetrable layer to keep out the cold, while long, sharp claws ensure traction in ice and snow. Size and Color: Nearly six inches tall, the bright white snow dragon is about the height of a pop bottle. Contrasting the glow-in-the-dark white scales are bright yellow claws and red eyes. The Glow-in-the-Dark Snow Dragon is part of the Dragons® collection. All of our products are Non-toxic and BPA free.