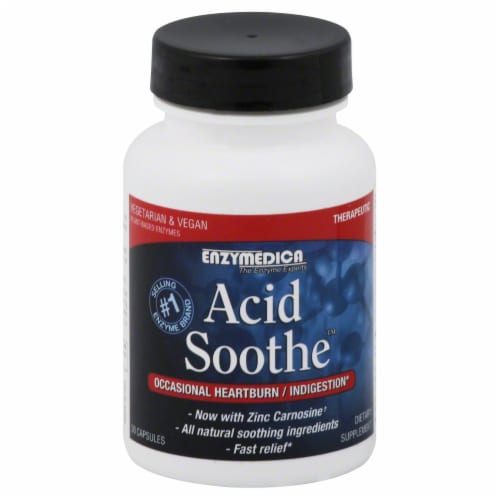 Occasional heartburn and acid discomfort after a meal is often a symptom of impaired digestion as a result of factors including lifestyle and diet. Acid Soothe contains enzymes, papaya leaf, and other botanicals to support optimal digestion and ease symptoms associated with occasional gastrointestinal distress. Zinc Carnosine is included to strengthen the mucosal lining of the stomach, acting as a buffer to gastric acid.

Thera-blend™ is an exclusive process that combines multiple strains of enzymes that work in specific pH levels, resulting in superior performance in the body.