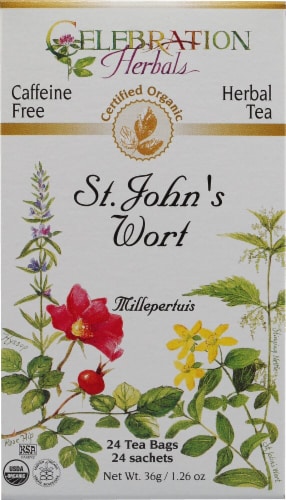 This European native puts forth an abundance of small yellow flowers  on, or near, the proposed birthday of John the Baptist (May 24th), and is so named "St. John''s Wort."

Well known, and used by ancient apothecaries, St. John''s Wort enjoyed rigorous use through the middle ages right up until the middle of the 20th century. Today, it is increasing in popularity after many studies have confirmed its historic uses.

No flavorings, preservatives or sweeteners of any kind.

Allergen Info
Free from Does Not Contain Declaration Obligatory Allergens.