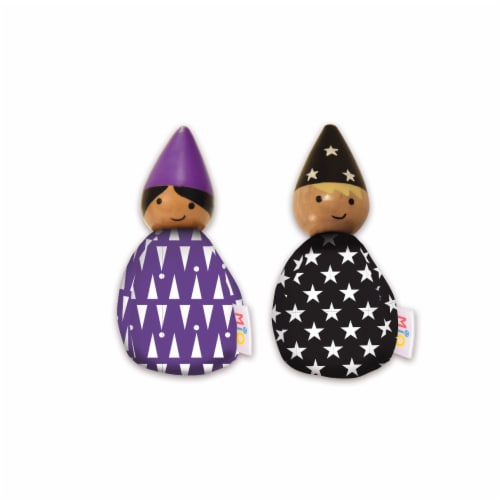 Behold, the magicians from MiO-land, where these two peg doll characters play plenty of tricks on their castle or village friends and neighbors. Using slight of hand wizardry, they will have crowds of skunks, bears, foxes, and other citizens befuddled with their quicker-than-the-eye can see shenanigans. MiO people sets feature irresistibly squeezable bean bag MiO characters with painted wooden heads. Once in a child's hand, they're impossible to put down! Each doll is naturally weighted to stand in place and these super cute characters are a perfect complement to any MiO building set. The formula for MiO is simple: Think + Do x Curiosity = Imagination. In the world of MiO, anything is possible! Wooden toy playset safety rated for children 3 years and up.